New releases from four Booker-prize winners; posthumous works from Christopher Hitchens and Terry Pratchet; a tribute from William Shatner; and several commemorative reimaginings for Shakespeare’s 400th death-day. It’s shaping up to be a veritable feast of a year.

And Yet: Essays
Christopher Hitchens
Essays
A posthumous collection of observations that proves Hitchens is nothing if not entertaining. Whether or not you agreed with his worldview he possessed an articulate charm that still shines through in his writing. 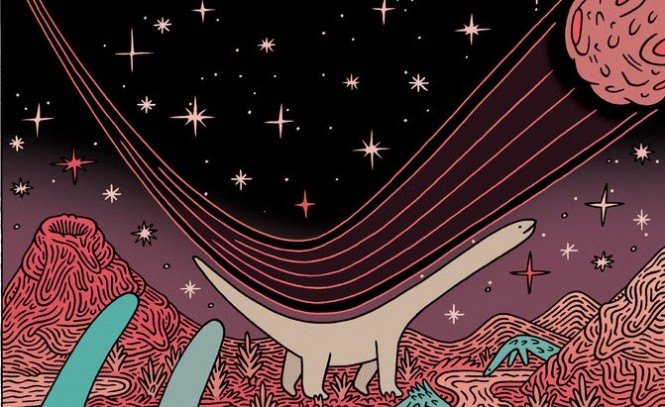 Dark Matter and the Dinosaurs: The Astounding Interconnectedness of the Universe
Lisa Randall
Science
Ranked by Brainpickings’s Maria Popova as the best non-fiction work, and if that’s not high enough praise I don’t what is. After all, who doesn’t like a bit of dark matter? Read her full review for the New York Times here.

The Noise of Time
Julian Barnes
Fiction
Whether you like Barnes or not he’s won a Booker prize so it’s worth keeping an eye on his stuff. This one appeals to me particularly because it’s about Dmitri Shostakovich, one of the greatest string composers of the 20th century, and is set amongst the chaos of Stalinist Russia.

Leonard: A Life
William Shatner
Biography
Of course we want to read a book by the endearing Shatner. Especially a tribute to his late friend and co-star Leonard Nimoy, immortalized as Spock in Star Trek, in the 50th anniversary year of the original series premiere.

Shylock Is My Name
Howard Jacobson
Fiction
The first in a legion of Shakespeare nods in this the 400th anniversary year of the great bard’s death. True to form Jacobsen focuses on the Jewish character from The Merchant of Venice in an exploration of fatherhood and morality. And as another Booker winner, his stuff is usually worth a sniff.

The High Mountains of Portugal
Yann Martel
Fiction
Yet another new release from a Booker winner (this seems to be the year), this is the novel I would choose above the others so far due to the sheer originality of Martel’s voice. In the vein of Life of Pi, Martel again tackles the quest narrative in a story about treasure, murder and of course, animal companionship.

This Census-Taker
China Miéville
Novella
Miéville has been around for a while but his appeal is now taking off beyond the ranks of genre fanatics. A startlingly inventive speculative writer, here he deals with the relationship between a young boy and a stranger who might save him from himself.

Anatomy of a Soldier
Harry Parker
Fiction
Debut novel from a former solider about a British captain recovering from a horrific bomb injury. What sets this novel apart is that it’s narrated from the point-of-view of 45 inanimate objects.

At the Existentialist Cafe: Freedom, Being and Apricot Cocktails
Sarah Bakewell
Philosophy/Biography
An exploration of existentialism from 1930s France through to the liberal movements of the mid-century, by examining the lives and relationships of Jean-Paul Sartre, Simone de Beauvoir and Raymond Aron, among others.

Hot Milk
Deborah Levy
Fiction
A Booker-shortlisted author, Levy’s new novel is about a mother and daughter finding refuge in a Spanish village, and explores all the trauma and triumph of female relationships and identity.

Fragments
Elena Ferrante
Writings
One of the hottest authors around and still her true identity remains a mystery. Having recently concluded the highly acclaimed Neapolitan quartet, this year she releases a collection of observations through short pieces, interviews and letters.

The Bricks That Built the Houses
Kate Tempest
Fiction
Winner of the Ted Hughes prize for poetry and nominated as a rapper for the Mercury music prize, Tempest’s new work is a novel about three youths escaping south-east London together, running from various forms of oppression in the hopes of liberating themselves from self-loathing, loneliness and unconsummated desire. 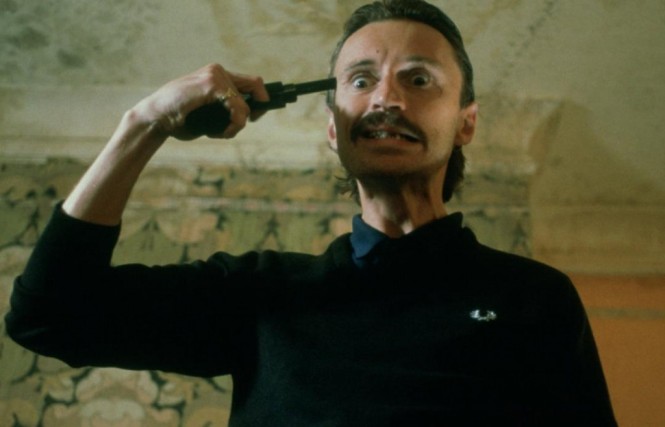 The Blade Artist
Irvine Welsh
Fiction
Another grungy British novel, and who wouldn’t want to read the latest Welsh? Particularly when he returns to one of Trainspotting’s most divisive characters, Francis Begbie.

Selection Day
Aravind Adiga
Fiction
May is a busy month for releases but do not miss Adiga’s latest novel. Yet another prior Booker-winner, his new work focuses on a young boy in present-day Mumbai.

The Gustav Sonata
Rose Tremain
Fiction
I would recommend Rose Tremain’s gorgeously rendered novels anyway, but when ‘Gustav’ and ‘Sonata’ are mentioned in the title it’s a no-brainer. Two boys hold onto friendship over thirty years of life spanning World War II.

The Wicked Boy: The Mystery of a Victorian Child Murderer
Kate Summerscale
True Crime
In the vein of her previous bestseller The Suspicions of Mr Whicher, Summerscale turns again to murder in Victorian England, this time writing about the trial of a 13-year-old boy.

Zero K
Don DeLillo
Fiction
Another big name release for 2016, DeLillo addresses mortality and the privilege of extreme wealth when a man tries to save his wife from terminal illness.

Hands: What We Do With Them – and Why
Darian Leader
Psychology
The latest in the line-up of fascinating psychoanalytical works, Leader examines what’s really going on when we fiddle with our fingers.

The Games: A Global History of the Olympics
David Goldblatt
Historical
Just in time for the 31st Olympiad in Rio, Goldblatt delivers on the success of his football history to give us the highlights of the world Olympics. 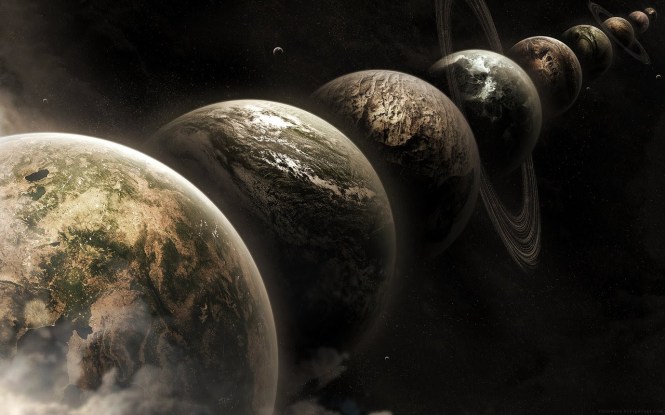 The Long Cosmos
Terry Pratchett and Stephen Baxter
Fiction
Of course this is a must-read no matter who you are. The grand finale of The Long Earth series concludes a life’s work from Pratchett, who died shortly after its completion last year.

Vinegar Girl
Anne Tyler
Fiction
Another Shakespearean tribute from the Booker crowd (A Spool of Blue Thread was shortlisted last year), Tyler delivers a quirky interpretation of The Taming of the Shrew.

The Girls
Emma Cline
Fiction
Already sold to Scott Rudin for film adaptation, this is one of the most hotly anticipated debuts of the year. A young girl in the 1969 summer becomes involved with a commune similar to the Manson Family.

The Muse
Jessie Burton
Fiction
Set in Spain and London in the 30s and 60s, the author of The Miniaturist spins a tail about a painting, a Caribbean immigrant and a bohemian artist.

You Hide That You Hate Me and I Hide That I Know
Philip Gourevitch
Historical/War
Gourevitch returns to the subject of Rwanda after his startling and brutal coverage of the 1994 genocide.

A Horse Walks into a Bar
David Grossman
Fiction
A perplexing and enthralling novel about a comedian whose life disintegrates on stage during an act in a small Israeli town.

Beast
Paul Kingsnorth
Fiction
A Booker long-lister this time, Kingsnorth returns with a quest novel set in the Midlands moor. His debut The Wake established him as an author of remarkable linguistic inventiveness with his use of a shadow version of Old English.

I Contain Multitudes: The Microbes Within Us and a Grander View of Life
Ed Yong
Science
Yong discusses the incredible influence of microbes on the lives of all earthly animals, released off the back of a successful Atlantic column, science blog and viral TED talk.

The Book Smugglers of Timbuktu
Charlie English
Historical
The story of librarians smuggling manuscripts out of Timbuktu when it was on the brink of Islamic occupation, combined with an exploration of the city itself as it was first discovered by the western world in the Victorian era. 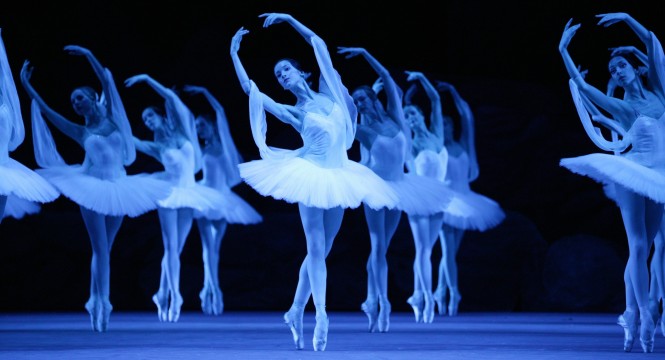 Bolshoi Confidential: Secrets of the Russian Ballet
Simon Morrison
Arts/Historical
What’s not to love about this exploration of art under pressure? Russia, ballet, tsars, Putin, Bolshoi, beautiful people, famous composers, and life in the spotlight.

Here I Am
Jonathan Safran Foer
Fiction
We’ve waited eleven years for the next Safran Foer novel, and if you haven’t read his previous two make sure you start from the beginning with Everything Is Illuminated. His new work also examines Jewish identity, this time set against the war in Israel.

The Lesser Bohemians
Eimear McBride
Fiction
A new novel from the author of A Girl is a Half-Formed Thing which won the Baileys Prize in 2014. Set in the 90s in north London, a young woman moves from Ireland to study acting and begins an affair with an older actor.

Who Rules the World?
Noam Chomsky
Sociology
The controversial intellectual claims the greatest threat to future peace is the USA.

Blood Riders
Gary Oldman & Douglas Urbanski
Fiction
Any work of fiction by esteemed Brit actor Gary Oldman sounds enticing enough, let alone this, the first in a proposed series of Wild West vampire novels. Watch him in 1992’s Dracula to get yourself in the mood.

Bookworm
Lucy Mangan
Literature/Historical
Mangan collates her vast experience to provide an insight into the beauty of childhood reading and the classic books that have profoundly influenced generations of young people.

Total Intoxication
Norman Ohler
Historical
An examination of the use of drugs in the Nazi party as a tool of war and experimentation.

The Power
Naomi Alderman
Fiction
A satirical reimagining of a society in which girls are the stronger sex, from the author of The Liar’s Gospel.

The Worlds of Joseph Conrad
Maya Jasanoff
Literature/Historical
Jasanoff uses Conrad’s life and works to examine perspectives on world culture and geography at the beginning of the 1900s.

Venice: An Interior
Javier Marías
Design
Marías, esteemed Spanish author of A Heart So White and The Infatuations, turns his eye to the beauty of Venetian design.