Three days ago I discovered the podcast Undisclosed. Hosted by three lawyers Rabia Chaudry, Colin Miller & Susan Simpson, this series is a deeper dive into the 1999 Baltimore murder case of Hae Min Lee and the conviction of Adnan Syed for her murder and a more in-depth look at the legal issues in play originally served up to us in 2014 as Serial, a 12-part series brought to us by Sarah Koenig and the team @ This American Life.

I wanted more. I wanted Serial Series 2 but had no idea when it might land in my podkicker episodes feed. I was staring into the great white unknown, man, and was left feeling uneasy. I’d caught the bug. My ear holes were hungry for serialised drama. I’d recently devoured The Message and swallowed what there is of Limetown whole.

The Undisclosed team are catching-me-up. I’m neck deep in the nitty-gritty. In two days I’ve gorged on ten eps, with fifteen to twenty more stored in the pantry. I get too easily torn between believing we’ll never know who and why Hae Min was killed to thinking that each new discovery the pod-hosts bring us will be the crucial game changer.

And then, last night. It was 11.35pm. I was just about to turn off the bedroom light and invite sleep into my life when I refreshed my podkicker one last time. As the app refreshed, I brushed my teeth, washed my face, fluffed my pillows. Then…

I shit my pants. 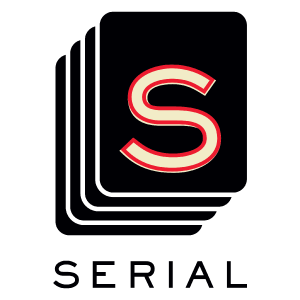 I stared in awe. I was reminded what Christmas morning was like as an eight year old – overwhelming excitement at receiving something I really wanted and would really appreciate. There would be newness in my life. A new door was about to be opened to me. A mystery would be presented and dissected. Questions raised, answers sought and yet still doubt and uncertainty would linger. ‘Thank you, thank you, thank you, Sarah and team for finally coming back into my life,’ I almost whispered. I downloaded right away.

And as the ep poured its 40.62 megabytes of data into my feed’s open mouth, I got a twinge in my chest. A moment of pause. Hesitation. ‘Shit,’ I thought, in response to my reaction. ‘Is this doubt creeping in, already?’

Yes. Yes it was. Doubt bleeding out worry. Worry the colour of apprehension. Not red. Not blue. Yellowy-white. Aw, man. It will be great, won’t it?

I was in this state for a few minutes after, in between turning off the light and drifting into sleep. So today, I need to address it.

Like the first series of True Detective, I’d put Serial #1 in a snow globe. As close as anything could, these series came as close to fully realising what they had set out to do. And coming from a place of utter authenticity with a focus, not on garnering mega-success and creating a franchise, but delivering the full truth and experience of the story they were telling. 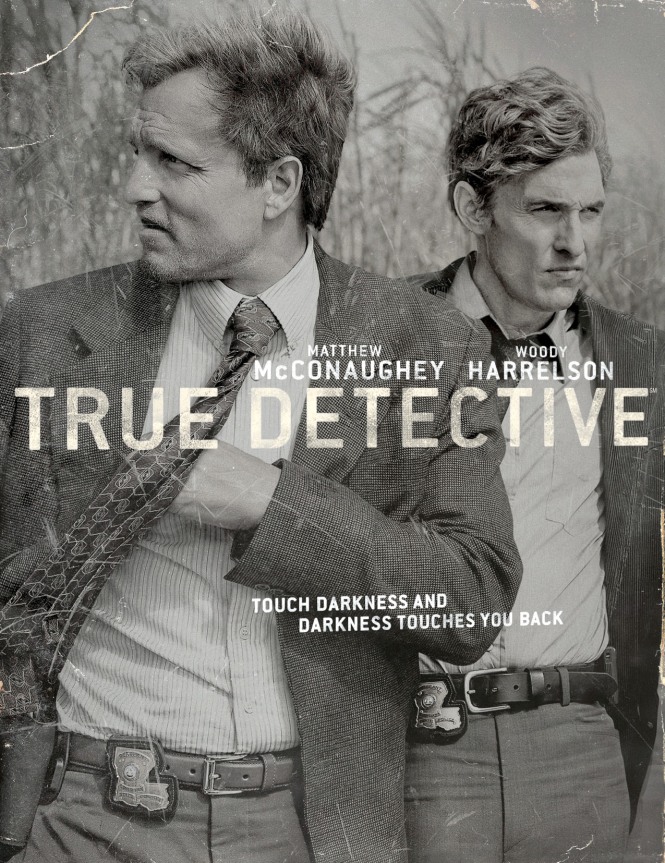 The second series of True Detective has been out for months now. All 8 episodes are parked in my IQ DVR. They remain recorded as yet unviewed. I’ve stayed away from any reviews of the series but not the chatter which seeps into podcast conversations and other general sources of pop-culture tete-a-tetes. I want so much for this show to build on what Nic Pizzolatto, Woody Harrelson and Matthew McConaughey delivered to us in the first iteration. My expectations are (were?) sky high. The first series was so bang on. Characters with balls. Storylines that cut sharp. The mise-en-scene of Louisana. Its expanses. Its poverty. Its parochialism and strong faith.

It all clicked. It was intelligent, didn’t pander and spent much of its time elbow deep in the shit of humanity. And now, after overhearing much negative and dismissive talk of the second iteration, I’m nervous and afraid. I don’t want this ideal that I hold tightly in my head to be affected. ‘Why?’ I ask the universe, without having watched a solitary second of the new series. ‘Why did it have to be True Detective? Why couldn’t they just call it something else?’

I self-medicated by watching The Sopranos. When that ended I was introduced to Coach Eric Taylor and the Friday Night Lights crew. That worked, for a while. It worked until specifically 11.35pm last night. And now I know it’s something I’m going to have to confront.

I have to let Serial #2 become its own thing. Let it be what it will be. As Marc Maron says in his 2011 book, Attempting Normal, the situation is in my head. Sometimes that’s just how it will be.

So Serial mark-2, will it fill the void, quench the thirst, feed the beast? No, because it’s not meant to. That shit is on me. I can’t put my failings and shortcomings on someone else’s thing.

But I can tune in and give it my time. I can crack open the snow globe, allow newness into my life. Be open to wonder and surprise.

Serial: Episode 01 – DUSTWUN is loaded into my playlist and I’m about to jack-in. To all embarking on the same journey, good luck and enjoy!